A few years ago, one of my former students invited me to be a part of an awesome week of summer camp with his church. Over 100 teenagers made the trek from Tampa, Florida, to the hills of Tennessee to participate. It was an awesome week!

The youth pastor who invited me, a young man I have known for years, gave me all the information about the camp, the expectations for my speaking and magic, and a detailed schedule outlining the times I would be on stage. He was super organized and until the first staff meeting the first night, I thought he had been flawless in his communication.

Yeah, that first staff meeting changed my entire opinion of him, his ministry, and quite frankly, his humanity.

After introductions and a brief overview of the schedule, the entire counseling team and camp leadership prayed for the week of ministry. The final amen was uttered and then the camp pastor gave one tiny announcement. It was almost an after-thought, but seems to me like it should have been printed on every piece of camp literature and SENT TO THE SPEAKER ahead of time!

As it was already dark, and we preparing to head back to our cabins, he casually reminded us, “And don’t forget to use your flashlights at night. Since we have a major Copperhead Snake problem on the property, and since they are most active at night, your flashlights should help you avoid being bitten. And poisoned. And dying a gruesome death at the hands of a venomous beast hailing from the pit of….” (Ok…that last part might be a little different than what he actually said, but you get the point.)

Apparently this camp is a breeding ground for copperhead snakes, and the week before I arrived, they had killed 14 of the nasty monsters! For those of you planning events: tell your speaker if there is a chance he or she might die walking to their cabin at night, before they get on the property!

I looked at my camera man, Joe, and asked him if he had a flashlight, and of course, he didn’t bring one to Tennessee. And since I had left my phone charging safely in our cabin, we only had his iPhone flashlight to keep us safe.

Up until the moment of that announcement I hadn’t once thought about what might be crawling on the ground around me, but after those words of caution, everything on the ground looked like a snake. Seriously! As we walked the 150 yards from the meeting room to the cabin, every single root sticking up out of the ground, every twisted twig, and every fluttering leaf had the appearance of a copperhead snake. I literally jumped on Joe’s back and begged him to carry me to safety!

Thankfully the gospel was preached, no campers suffered any bites, and even though I nearly stepped on a snake after leaving the stage one evening, no magicians were harmed either. It was, by all counts, a successful week.

Without the warning of the camp pastor, though, I seriously might have never known about the snakes until it was too late. Can you imagine being surprised by a poisonous snake attack when a simple warning could have changed your awareness? It’s like driving on a highway and you see one of the “deer crossing” signs and it signals to you that your radar should be extra sensitive to what might be trying to enter the road from the shoulder. 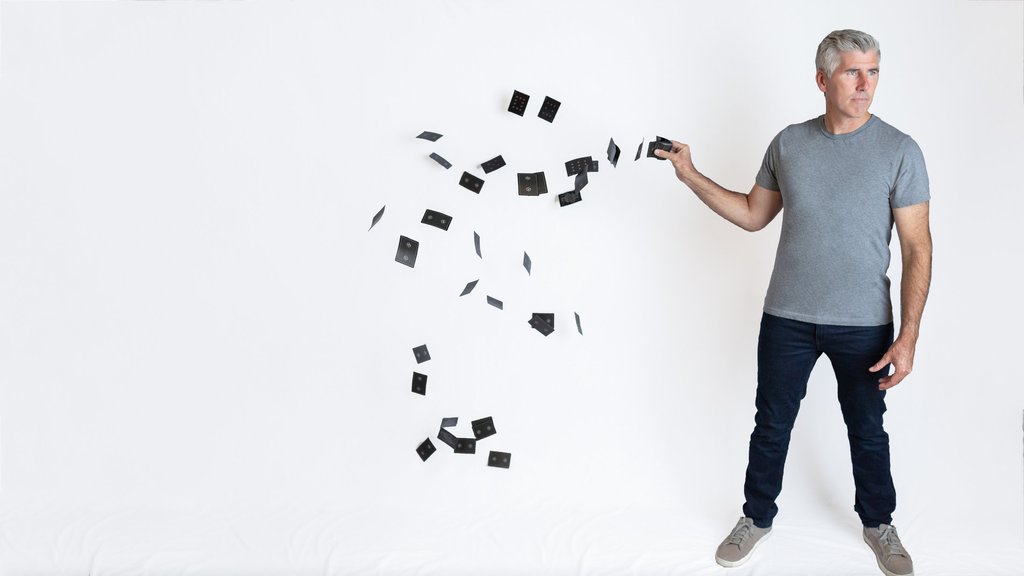 When God urges us to avoid drunkenness or anger or sexual immorality or disobeying our parents or breaking our wedding vows, it’s not because He hates us…it’s because He loves us that He warns us. God knows the journey we’re on, and He knows that living by His standard is the best way for us to travel.

Is there some part of your life that needs to be realigned today? Is there some aspect of your faith walk where you are living away from God’s warnings and standards? One of the most amazing things about God’s relationship with us is that He never gives up on us, and He will always forgive us whenever we confess our sin to Him (1 John 1:9).

Today is a good day to confess and to get back on track with God. Then, let’s help each other keep an eye out for the “copperhead snakes” that seek to ruin our journey.